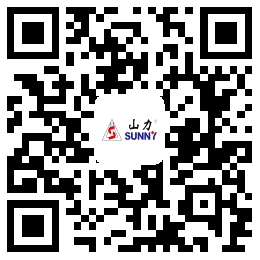 Page view
The current situation of the Chinese economy and whether the private sector economy has to withdraw from the market stage will be discussed. Many large-scale iron and steel enterprises with large Chinese characters are the leading steels with large volume, cross-border and high starting point. Their advantages are that private small and medium-sized steel enterprises are far behind, and private steel is facing unprecedented challenges.
1. In the market, how do private steel and state-owned steel coexist?
Recently, the leaders of a provincial capital city government in the Northeast have publicly stated at a meeting that some projects in the region only use steel with "Chinese prefix"。 It is open to private steel companies that have the strength and want to invest! However, in recent years, through the efforts of government leaders from all walks of life, the business environment in the Northeast has been greatly improved, but such unfair competition still exists.
In the "Symposium to commemorate the 40th Anniversary of China's Reform and Opening-up and the 20th Anniversary of the 50th People's Forum", Yang Weimin, deputy director of the Economic Committee of the National Committee of the Chinese People's Political Consultative Conference and former deputy director of the Central Financial and Economic Leadership Committee Office, gave a direct report on this topic. Recommendation: "In the long run, we should gradually downplay and abolish the classification of state-owned enterprises, private enterprises, and foreign-owned enterprises. According to the requirements of the 19th National Congress, all enterprises registered in China must be treated equally in the law, and policies should be treated equally. It is necessary to gradually abolish this classification of ownership. "If you really do this, it means that the market entry threshold is the same. It eliminates discrimination and eliminates monopoly. Everyone can come in and play. Who wins and wins? speak.
However, it is always difficult to make a cake with a vested interest. Li Yang's proposal as the former vice president of the Chinese Academy of Social Sciences is more moderate –
Private enterprises looking for state-owned enterprises to act as shelters, I would rather say that it is a self-rescue measure in the face of severe economic pressure. But the drawbacks are probably obvious, because the efficiency of state-owned enterprises is generally lower than that of private enterprises.
2, how is regional exclusionism broken?
Mr. Xiang Songyu, chief economist of Agricultural Bank of China, once believed that private enterprise steel enterprises and state-owned enterprises could not compete fairly to a certain extent. He said, "State-owned enterprises, first of all, the national brand, the bank gave him a safe deposit, because of the accident, credit Members, the president has no responsibility, or has the responsibility to be able to say it. This is a state-owned enterprise. But to lend money to private steel companies, there is a problem, and others immediately suspect that you are privately admitted. This is a hidden rule, and It is not a clear text, but the subconscious is like this."
Is private steel companies really invincible to central enterprises and state-owned enterprises?
Ma Jiantang, party secretary and deputy director of the Development Research Center of the State Council, said at the China Economic 50 Forum: "Is there a new round of reform and opening up, whether there is a symbolic or trial-and-gold reform, and whether there is any reform that has taken place in the whole body. Is there any reform? Really let everyone eat reassurance reforms, if any, the deepening of the status, role, and understanding of the private economy may be an area."
The competition between central enterprises, state-owned enterprises and private enterprises is not only the competition behind the financial resources. Under the market-oriented economic system, it is a comprehensive contest of efficiency and efficiency. The main experience brought to China by the 40 years of reform and opening up is that "the direction of reform of marketization and legalization must be adhered to."
Previous article:
Effect of Ambient Temperature on Magnetic Properties of Non-oriented Silicon Steel
Poor demand, no silicon steel turnover
Next article: